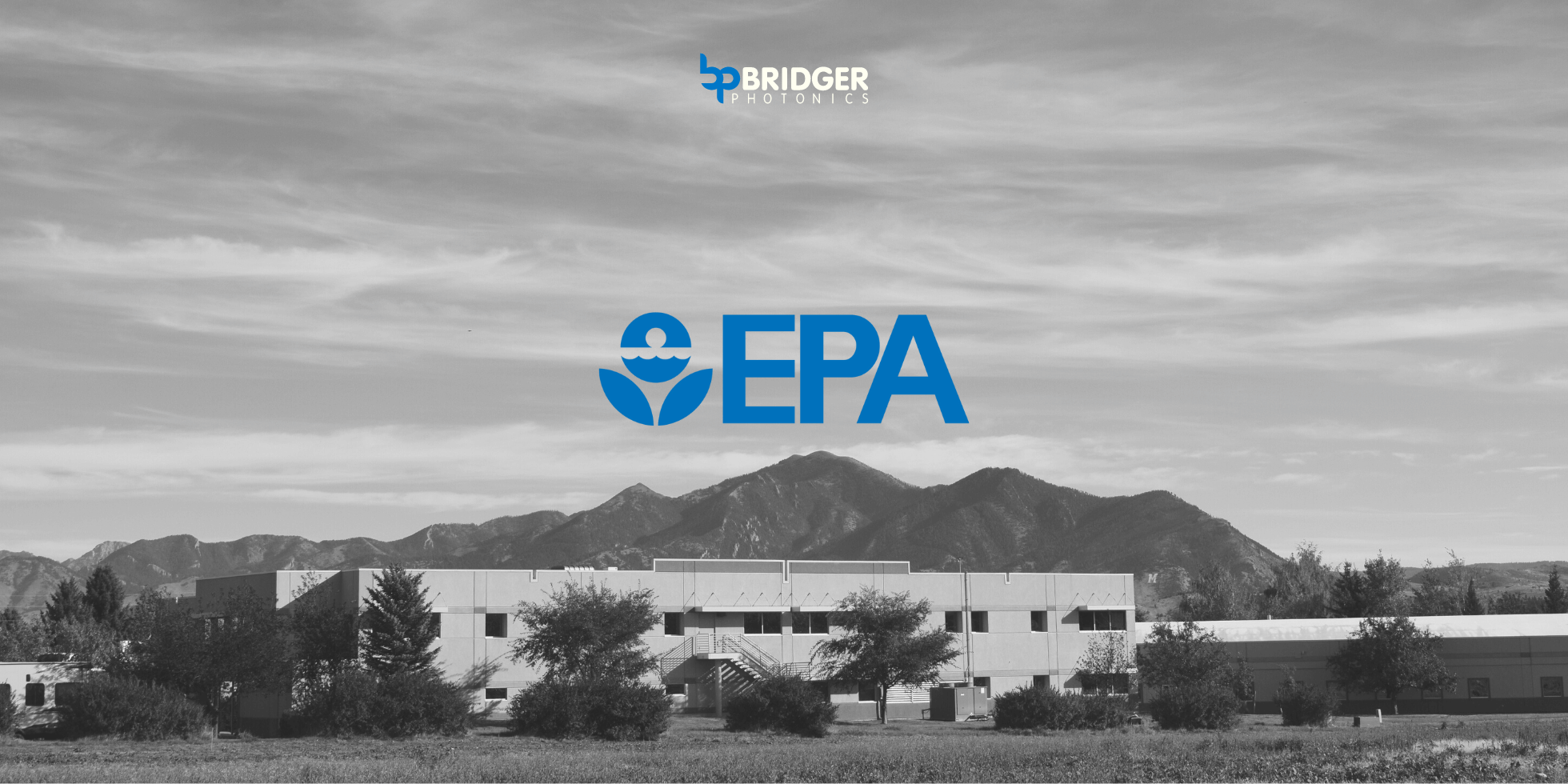 The EPA recently released a new proposed rule for methane emissions reduction in oil and gas infrastructure and solicited comments on the proposed rule. Bridger Photonics appreciated the opportunity to submit comments on several topics.

Bridger’s demonstrated ability to detect and quantify more than 90% of basin-wide methane emissions at scale with Gas Mapping LiDAR allows us to clearly project the impact that detection sensitivity has on emissions reduction. This places us in a unique position to assess the appropriateness of aspects of the Proposed Rule to achieve the stated goals of the EPA. These goals include to “significantly reduce emissions of greenhouse gases and other harmful air pollutants from the Crude Oil and Natural Gas source category.”

The following is a summary of Bridger Photonics’ comments. Access the full version with additional detail through this link or at the bottom of this page.

Conditions under which performance is achieved

Bridger has worked closely with the oil and gas industry to identify a methane detection sensitivity that balances two factors: (a) the ability to detect the vast majority of methane emissions in production basins, and (b) enabling efficient, impactful, and cost-effective repair and mitigation activities.

In the second part of our Understanding Sensitivity series, we take a hard look at data that Bridger acquired from five North American basins to estimate the percentage of Bridger's detected methane emissions that would be detected with different sensitivities. Based on this data and the resulting analysis, we urge the EPA to set a detection sensitivity performance standard of 10 kg/hr (as proposed) with a required >50% probability of detection under typical conditions in which the alternative work practice is applied.

Learn more about this Emissions Distribution graph in an explanatory video here.

Topic 3: Start with quarterly rather than bi-monthly scan frequency.

The EPA solicited feedback on the suitability of the alternative work practice comprising a bi-monthly (six times per year) aerial scan frequency in addition to annual (once per year) OGI surveys. While significant theoretical modeling has been performed to predict the efficacy of using different scan frequencies, the model predictions vary widely depending on input parameters and assumptions. Bridger’s position is that insufficient experimental data exists regarding scan frequency to guide and inform scan frequency.

Due to the uncertainty in the modeling, and the financial, operational, and logistical burden on the industry for an “instant” ramp-up to bi-monthly scanning, Bridger urges the EPA to adopt quarterly rather than bi-monthly scan frequency in the Final Rule (in addition to annual OGI) for the alternative aerial work practice as long as (a) the adopted detection sensitivity metric is no worse than 10 kg/hr with >50% probability of detection in typical conditions, and (b) there is a built-in mechanism to change (increase or decrease) that scan frequency when the aggregate temporal data becomes available to establish that a different scan frequency achieves the goal of detecting 75% of current baseline annual emissions.

Topic 4: A Matrix approach should only be allowed if it detects 75% of current baseline annual emissions.

The EPA solicited feedback on the possibility of using a “matrix” approach to aerial scanning, whereby poorer detection sensitivity could be substituted for increased scanning frequency, or whereby better detection sensitivity could be substituted for lower scanning frequency. Again, Bridger’s position is that insufficient experimental data exists regarding scan frequency to support or refute a matrix approach.

We therefore urge the EPA to only allow a matrix approach that substitutes detection sensitivity for scan frequency if detection of 75% of emissions (from the current baseline and supported by aggregate data) will be achieved.

The EPA’s Proposed Rule indicates that an emission source identified by an aerial scan must be investigated with ground crews and repaired in the case of fugitive emissions. However, a reasonable fraction of detected emissions are associated with Normal Operating Process Emissions (NOPEs) (e.g. a pneumatic valve) rather than fugitive emissions, and therefore no repair action is required as a result of the detection.

We urge the EPA to not require OGI follow-up visits to equipment corresponding to emission sources that have previously been identified as normal operating processing emissions as long as (a) the emission rate is within the permitted range for that equipment and (b) the equipment is scanned during the annual OGI scan.

The EPA, the operators, and third parties need assurance that the intended sites were actually scanned by the aerial technology and that the scans met the detection sensitivity performance metric from a statistical standpoint.

We urge the EPA to require verifiable and auditable geo-registered scan coverage with GPS ground coordinates and implement an objective probability-density function test to determine if an aerial scanning technology achieves the detection sensitivity performance metric (i.e. 10 kg/hr with >50% PoD under typical conditions).

Topic 7: Allow for swap of aerial scan for OGI scan on per-scan basis.

The EPA proposes allowing operators “… the option to comply with this alternative fugitive Emissions standard instead of the proposed ground-based OGI surveys ….” Bridger fully supports the alternative option in general. However, one challenge we foresee is when certain conditions exist that may prevent an alternative technology from meeting the detection sensitivity metric only for a portion of the scans. We therefore urge the EPA to provide sufficient flexibility in the alternative work practice to allow for aerial/OGI swaps on a per-scan basis.

We urge the EPA to provide sufficient flexibility in the alternative work practice to allow for aerial/OGI swaps on a per-scan basis.

The EPA is soliciting comments on how to “structure a requirement that would tier repair deadlines based on the severity of the fugitive emissions.”

Second, we urge the EPA to adopt a tiered approach to both OGI follow-up and repair activities. Based on Figure 1, we suggest the following tiers:

Reduced Cost Findings: Even with conservative assumptions, including an upper limit price estimate, the gross cost of the alternative GML program is lower than that of the standard OGI program. This economic advantage becomes even greater when cost per emissions reduction ($/ton) is considered and if the gas can be recaptured for revenue. Also, note that the full six GML scans result in fewer repair events than the single OGI scan of the alternative work practice. This is consistent with third-party studies and anecdotal evidence from our clients.

Summary of Reduced Emissions Findings: Again, using conservative assumptions, the EPA’s data for OGI, and Bridger’s actual GML data, the alternative program with GML detects far greater emissions from an average production site than the standard OGI program for a 10 tpy [tons per year] site. This finding is consistent with third-party studies and anecdotal evidence from our clients that find GML detects far more emissions than ground crews with OGI cameras but requires far fewer repair events. The alternative program with GML even detects more average emissions than the standard OGI program for a 50 tpy site (the highest category of site considered in the EPA spreadsheet).

Have a question about any of the comments made here? Please feel free to reach out to the Bridger Photonics team by filling out this form or sending us an email at info[at]bridgerphotonics.com.

What Methane Detection Sensitivity Is Needed for Meaningful Emissions Reduction?

Sensitivity Part ll: Breaking Down the Percent of Emissions Detected at Different Sensitivity Levels When it comes to methane...